Why are Yorkies so bad? How to Improve your Yorkies’ Temper 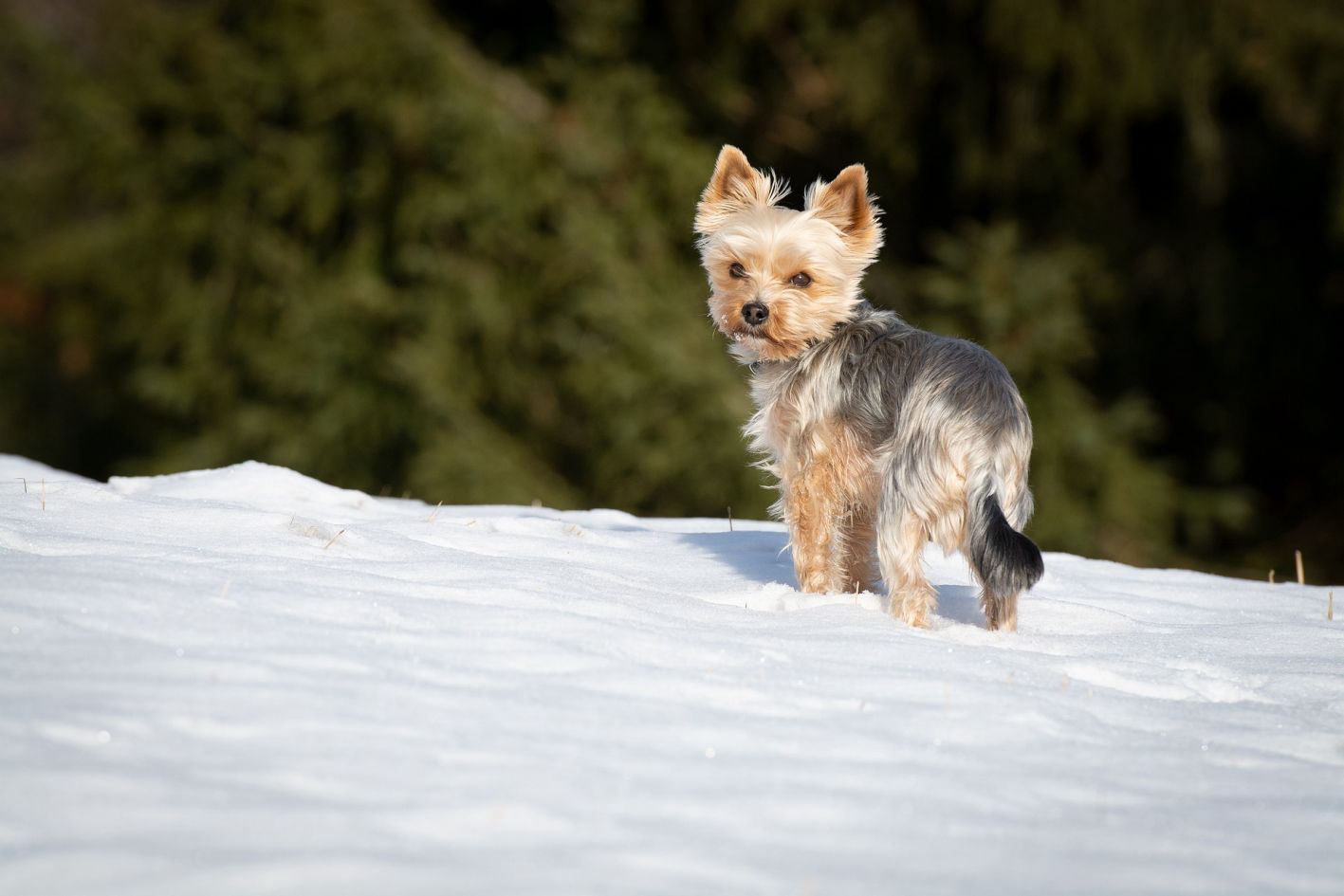 Why are Yorkies so bad? How to Improve your Yorkies’ Temper

Yorkies, a small pet, are known to embody a bigger personality within its small body. This is a common trait for most toy dogs as they seem to act like bigger dogs. Some even go as far as challenging bigger dogs or animals. Left unrestricted, this trait could become a problem for its owner.

So, why are Yorkies so bad, especially their temper?

To understand the issue of Yorkies and their bad temper, let's take a look at their profile.

A Yorkie is a combination of Terrier and Toy Dog. Starting as smallish terriers in Scotland, this dog breed has been bred down into today's true lapdog.

Although some Yorkies act as the perfect cuddle bugs, others act as a mini terrier. Those who fall in the latter category often show instincts to chase off anything that moves or strangers with their sharp barks.

Bred primarily as a rat eradicator, the Yorkshire terrier has a fearless demeanor. Although they can be friendly with their human owners, these dogs tend to be the opposite when they sight unfamiliar faces or objects. They can easily transition from that cute little pet you adore into an aggressive dog that hates the sight of strange people or animals.

The Yorkie is known to offer several traits. Some of these include:

These traits often overwhelm the cute creature, thus becoming very aggressive and making it forget how small it is.

Why Does the Yorkies Aggression Matter?

A barking Yorkie trying to pull out of its leash shouldn't be a problem as a tiny dog. You might be thinking it's too small to throw its weight around and might be very easy to restrain. You might even see it as a cute pet when it plays with those big mites.

However, aggression for dogs is not judged by size. Instead, the other dog or animal it's barking at only sees the body language. That big dog your Yorkie is barking at is being challenged to a fight, and if it chooses to respond accordingly, the story can easily change.

So, it is safe to say that your Yorkies aggression puts it in danger of sustaining an injury. Thus, it is very important to curtail your Yorkie dog’s aggression.

You are probably tired of your Yorkie's bad tempter and would like to help it maintain its cute and loving nature you love.

However, it is also important to note that you shouldn't eradicate this trait from them when looking to curtail your Yorkie's bad temperament or aggression. It’s important to let them differentiate between situations, thus making this trait an advantage for you.

To help you improve your Yorkie’s temper or curtail its aggression, here are some tips.

Sometimes, this temperament or aggression issue might have just started recently. If your dog falls within this category, it is very important you first check their health. Several health-related issues could spike such problems.

From old age and loss of vision to genetic diseases and toothaches, the possibilities are plenty. So, it is very important to be observant to help the Veterinarian determine the cause of the problem and the next steps to take. We advise that you take note of events that happen before the behavior change.

One of the biggest mistakes by Yorkies owners is that they downplay the size of their pet. By doing this, they forget the importance of training and socialization. Just like the bigger dogs, your cute little pet needs to learn socialization.

It is advisable to start while they are young. Take them on walks to the park, expose them to people and other dogs, but never force interaction - its anxiety can easily be turned into aggression if forced.

Just like a little child, good rewarding behavior helps your dog acquire those traits. You can take treats along during your walks and reward calm behaviors your Yorkie exhibits. This nice act helps them understand that you love what they've done, thus making them maintain such behavior.

Another way to go about this is to take the company of a calmer and more social dog. Also, don't go about scolding your pup, as this only heightens anxiety. Don't pick it up when barking; walk him out of such a situation. These and many more ways can be used to calm tense situations or reward calm behavior.

You could spay your dog before they get to maturity. This act would help curtail hormone-driven Yorkie aggression issues that may arise due to wanting to protect their mate.

Since this breed was initially bred to catch rats, they are often fearless and brave. So, when your children run towards them or squeals around a Yorkie, they may trigger the dog’s prey drive. This trigger would cause him to chase your child.

Thus, another way to reduce natural drives is to teach your children to stay calm around the pet. You can also teach your kids how to carry the Yorkie while making it feel secured comfortably.

Yorkies indeed have several bad traits like temperament and aggression. However, these traits are mainly instinctive due to their primary use. So, helping your Yorkie learn the importance of patience and good behavior around people and other animals is key.

You can curtail your Yorkie's bad behavior in several ways. We have discussed some of the most effective options above. Thus, we are sure that you can effectively teach your dog to act properly when needed.

Check out Teacup Yorkie for Sale